Ms. Feibusch is a partner focusing her practice primarily on first party property and insurance coverage matters. Prior to joining Groelle & Salmon, Ms. Feibusch gained considerable experience investigating claims arising from windstorm, fire, sinkhole, theft and water losses, and defending personal lines and commercial insurers in state and federal court actions.
Ms. Feibusch began her legal career as an Assistant State Attorney in Palm Beach County, and litigated all types of criminal cases to verdict before being assigned to the Economic Crime Division, where she specialized in complex financial and fraud crimes. Through a grant from the Florida Division of Insurance, Ms. Feibusch was designated as Palm Beach County’s first Insurance Fraud Prosecutor where she worked closely with the Division of Insurance Fraud, and handled all insurance fraud cases from investigation and filing of criminal charges through successful prosecution.
Ms. Feibusch is licensed to practice in all state courts in Florida. She is also admitted to practice in the Supreme Court of the United States, and the U.S. District Courts in the Southern and Middle Districts of Florida. 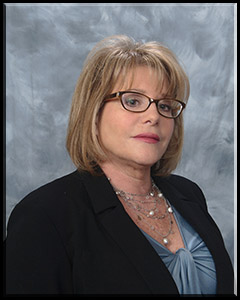